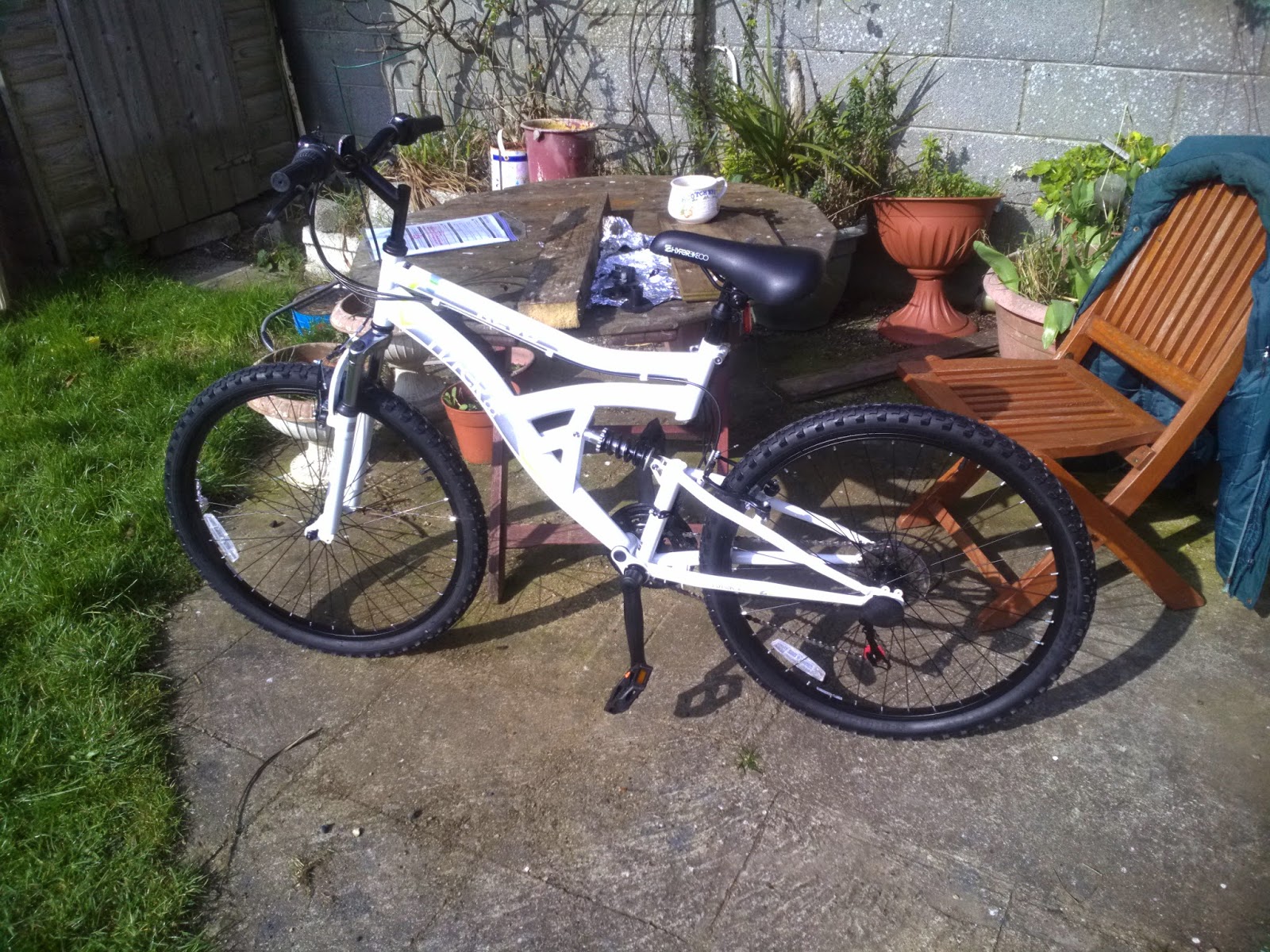 I bought this bike from Argos's ebay Ireland web store - here it is.
Curiously, the Argos Ireland web site didn't offer home delivery at the time - maybe it's changed since then.

Anyway here it is out of the box. 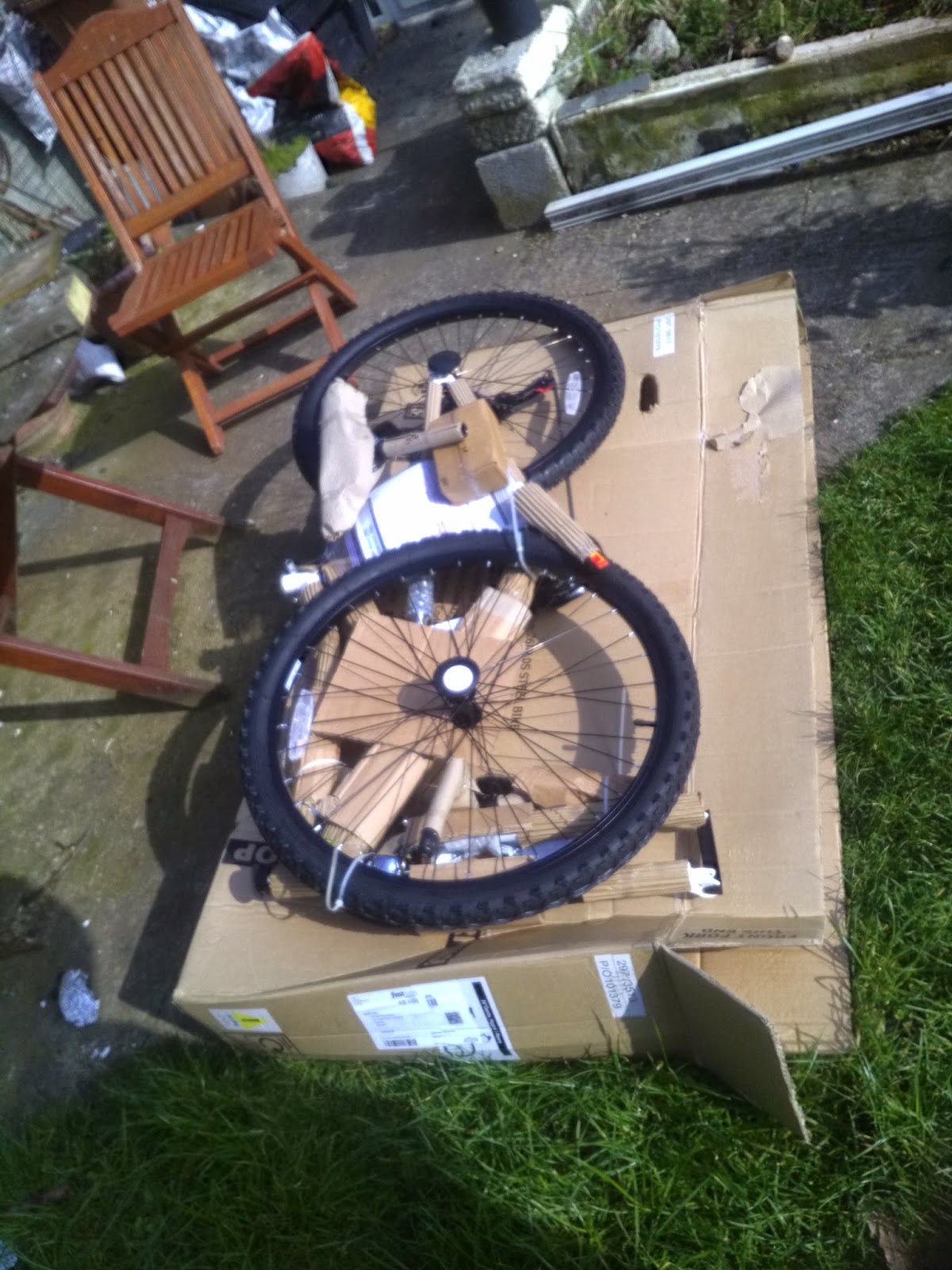 45 minutes later and I had it assembled as the first picture shows.
Incidentally don't lie it down that way up - turn it over so the pedals are on top, it makes it a bit easier to assemble that way.

It actually ended up being taller than my old touring bike once I'd adjusted the seat so my legs would stretch to their full extent, so I need to kick my leg up a bit higher or just make use of the lack of a cross bar and mount it that way.

I found the seat would move around when I did my first ride - use a proper torque wrench to keep it from doing this.

The snap lock on the seat works well but you have to remember how it was mounted when you put it back on otherwise you'll be adjusting it back to the way it was after cycling 20 meters, which is a bit annoying.

As far as gears go, since I'm used to touring bikes I just keep it at the highest pedal gear (operated by the left hand gear adjustment) and just use the wheel gear, numbered 1-6, with the right hand.

Sometimes going up or down a gear doesn't have an effect - then you need to go one past and back up, but there's not a big difference between one gear and the next, so that's no big deal.

The wishbone suspension was a bit too spongy the way it was set so I tightened it about another 20% to stiffen it up.

I bought some mud guards and a bag holder for it but when the bag holder is weighed down it hits the mud guard which hits the tyre - a problem with dual suspension bikes.

It took about 20 minutes to attach.

I guess you dirt bike enthusiasts will be yelling at the screen - "you don't have mudguards or a bag holder when you're dirt bike racing", and yeah, you're right.

I was just looking for a bike that would do what I want and would last, and this certainly looks like it'll do that - and a bargain.

The bag holder was probably a waste of money - I'll use a back pack for heavy shopping in future.

I haven't ridden in the rain or through mud so I don't know how good the mudguards are, so I'll update this post when I do.

It certainly is a smooth ride, and those bumps and holes in the road are a lot less jarring to cycle over than they were before.

It has a steel frame so it weighs some, but it cruises like a Mercedes Benz, or at least how I imagine one would.